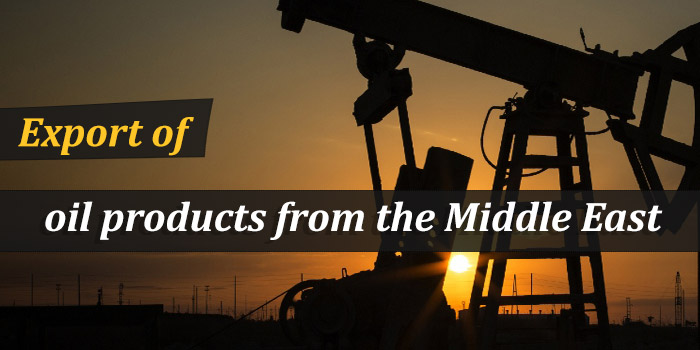 Export of oil products from the Middle East

In the past decades, the Middle East region has become the most important region in the world in terms of production and export of oil and all kinds of petrochemical products, and not only has one of the largest oil reserves in the world, but the low production costs also increase the potential of this region by reducing investment risks. Gives. Despite the shale revolution in the US, the Middle East produced about half of the world’s oil in 2019, and therefore “Middle East oil product exports” has always been the focus of oil product importers.

Avidan Petroleum and Petrochemical Trading Company is one of the leading exporters of petroleum products in the Middle East and some of the products that this company exports to different countries of the world include light and heavy naphtha, light and heavy polyethylene, polypropylene, bitumen, types of masterbatch, granule CRP 100, sodium hydroxide, polyethylene 209AA, fuel oil, etc..:

In the following, we will mention two examples of petroleum and petrochemical products, which are exported by Avidan Trading Company to all over the world:

Naphtha is one of the cuts of crude oil and it is usually used to produce more valuable products such as gasoline. Naphtha is divided into two main types: aromatic and aliphatic.

Naphtha is a combination of flammable hydrocarbons that include certain hydrocarbons with certain flammability and volatility. For example, crude oil distillation products or coal tar. Naphtha is one of the light products of crude oil and it is usually produced in two forms of light and heavy naphtha in the refinery.

Naphtha is mainly used as feed for other units to produce gasoline with high octane (catalytic reforming process). Also, this substance is used in the chemical industry to produce olefins in the Steam Cracker unit and as a solvent. The word naphtha comes from Latin and Greek. In ancient Greece, this word was used to refer to any oil-like, tar-like substance.

One of the producers of naphtha in Iran is Bandar Imam Petrochemical Company.

Naphtha is the basic material in petrochemical industry. Naphtha is used to make gasoline. Naphtha is also used as a solvent.

The commercial unit of Avidan Trading Company is ready to cooperate for the export of oil products from the Middle East and the supply of all petrochemical and oil products with suitable conditions and prices and immediate delivery as FOB in Iranian ports.

Export of polyethylene 209AA in the Middle East

Polyethylene 209AA has a transparent granular appearance. The tensile and impact resistance of linear light polyethylene is higher than its light type.

This polyethylene is mostly used in the production of food and industrial packaging films due to its special features.

Linear light polyethylene is also used in making plastic films such as freezer bags due to their low density and linear molecular structure.

To get more information about how to supply, sell and export light polyethylene 209, Contact Avidan Petroleum and Petrochemical Trading Company.